What Is an Adversary Proceeding, and How Does Someone File a Complaint?

An adversary proceeding is the bankruptcy 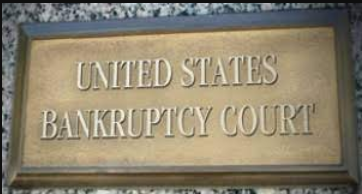 The following is a list of some, but not all, actions that must be brought by adversary proceeding:

• Proceeding to determine the dischargeability of a particular debt under § 523.

• Proceeding to subordinate a claim or interest; other than as part of a plan under § 510.

Some issues in a bankruptcy case are more straightforward than others. If it requires a hearing and decision from the judge, but not extensive evidence (and the subject doesn't appear on the Rule 7001 list—more below), it can proceed as a "contested matter." A contested matter often starts with the filing of a motion requesting that the court take some action. Discovery doesn't occur without the court's permission, and if the parties can't settle their differences, the judge will make a ruling. A judge would resolve the following requests as a contested matter:

Cases Filed as an Adversary Proceeding

If you would have filed the action in another court before filing for bankruptcy, such as a state court, you'd file it as an adversary proceeding. For instance, the court typically decides contract and business disputes through this process. As well, there could be other types of suits, including personal injury actions, ERISA matters, discrimination cases, etc.

Any bankruptcy controversy can be filed as an adversary proceeding. Here are some examples of commonly filed actions:

The bankruptcy trustee can file a fraudulent transfer adversary complaint if you transfer any money or property to another within two years before filing your bankruptcy, however, the trustee has to be prepared to prove actual fraud or constructive bankruptcy fraud.

A Preference is a term of art in the bankruptcy world. Sometimes without fraud, assets of the bankruptcy can be recovered. The bankruptcy trustee can file a preferential transfer adversary complaint, also known as a preference adversary, if you repaid any of your creditors more than $600 within 90 days before you filed bankruptcy, or, within one year if you paid back a relative. The trustee must also prove that you were insolvent at the time of the transfer, that you did not receive anything in return, and that the transfer made permitted more value to inure to the benefit of the creditor more than it would have received in Chapter 7.

Avoiding or Stripping Away of Liens

Suppose you file a Chapter 13 bankruptcy and you have more than one mortgage on your house. Filing an adversary proceeding can to strip the junior mortgages, treating them as unsecured claims when as long as your house is worth less than the balance due on the first mortgage

Challenging the Dischargeability of Debt.

A creditor can file an adversary complaint requesting that the court not discharge its debt because it alleges that you incurred the debt fraudulently, either by actual fraud or constructive fraud.

Sale of property jointly owned by the Debtor

The trustee's duties include selling any nonexempt property for the benefit of your creditors. If you own property jointly with someone else, the trustee can file an adversary complaint to sever (split apart) your interests and force the co-owner into selling the property.

Creditors, the trustee, or the Office of the United States Trustee can file an adversary complaint to deny your entire discharge by alleging that you have committed fraud or that you have failed to comply with court orders.

The defendant has a certain number of days to respond by addressing the allegations in the complaint. If the defendant doesn't file an answer by the deadline, the court will enter a default, and the plaintiff can obtain a default judgment.

Overview of an Adversary Proceeding

Much like any other civil case the adversary proceedings move forward. There are Plaintiffs and there are Defendants. Both the he plaintiff and defendant (the person sued) will likely:

As with other lawsuits, an appeal process is also available.

Which Rules of Procedure Apply?

Here's where you'll find the law.

The law allowing for a Chapter 7 or Chapter 13 bankruptcy is in the bankruptcy code (Title 11 of the United States Code). The bankruptcy code defines who can file a bankruptcy case, the duties of the debtor and the trustee appointed to administer the case, what property is affected (state exemption law will also come into play), which debts will get discharged (wiped out) and which debts are nondischargeable, how a creditor makes a claim, and the order in which a creditor's proof of claim gets paid (priority debts are paid first).

You'll find an online copy of the bankruptcy code on the Cornell Law School website.

The Federal Rules of Bankruptcy Procedure

You'll look to Rule 9014 for guidance in contested matters. Rule 9014 incorporates some but not all of the Part VII rules used in adversary proceedings.

You can find a copy of the Federal Rules of Bankruptcy Procedure on the U.S. Courts website.

The bankruptcy court in each federal district has the authority to enact rules for the district. These rules often address procedures for bringing certain types of motions before the court, entering orders, setting briefing schedules, and filing local forms required in that jurisdiction.

Sometimes referred to by bankruptcy lawyers as the "local-local rules," most bankruptcy judges have their own rules of conduct in their courts. These often articulate the judge's personal preferences for conducting hearings, policies for handling emergency motions, telephone and video hearings, interaction with court staff, and other issues.

Consult With a Bankruptcy Lawyer

While it is possible to represent yourself in an adversary procedure, they're complicated. A local, knowledgeable bankruptcy attorney can advise you of the best course of action.