Marital Misconduct and Alimony in Pennsylvania? 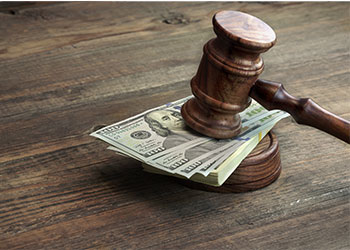 Marriages can end without fault. Agreeing to merely move forward in life is the best thing to do under the circumstances. However, a marriage may also end because one spouse or the other did something that significantly eroded the relationship to the point that it could not be repaired. Commonly, it is referred to as marital misconduct and this may alter the outcome of your divorce in Pennsylvania. More specifically, marital misconduct can be taken into account when a judge determines alimony.

Generally, marital misconduct is committed by one spouse and leads to an intolerable condition for the other. As a result, the eventual breakdown of the marriage cannot be fixed or repaired. You may first think of extramarital affairs. However, it may include other types of things that are not what one would think about at first glance. While relationships outside of the marriage are certainly a common type of marital misconduct, other things include; alcoholism, drug addiction, physical and emotional abuse, desertion, and bigamy are also examples of marital misconduct. Additionally, one individual being imprisoned for committing a crime may be considered misconduct, as well as extreme financial distress caused by an individual’s reckless spending or destruction of assets.

Under Pennsylvania Code Section 3701(b), a court can take the marital misconduct of your or your spouse into consideration when deciding if alimony is necessary, as well as making a further determination of the amount of alimony and how long is may last. If alimony is at issue, then a spouse’s misconduct, may be considered by the court which means it may consider an affair, addiction, or abuse when granting financial support. If you seek alimony and committed the misconduct, your actions may reinforce a denial.

In Pennsylvania, the statute lays out 16 other factors that are relevant when deciding to grant alimony, the amount, and duration, including:

According to Pennsylvania Code Section 3502(a), the court will equitably divide the marital estate without regard to marital misconduct. Under the law, the court will not award you more of the marital estate if you were negatively affected by marital misconduct. However, there is a rare exception, in which the court considers infidelity if it negatively impacted your marital finances. For example, if in an affair considerable amounts of marital funds were used in order to support the third party or purchase the third-party lavish gifts or vacations, then the court may reduce or otherwise adjust that infidelity of that spouse’s portion of the marital estate by that amount.

Marital Misconduct and Alimony in Pennsylvania? My Parent Remarried. Will the New Spouse Inherit Everything? What If I Don’t Agree With the Executor of the Estate? What Happens to a Reverse Mortgage After Death?